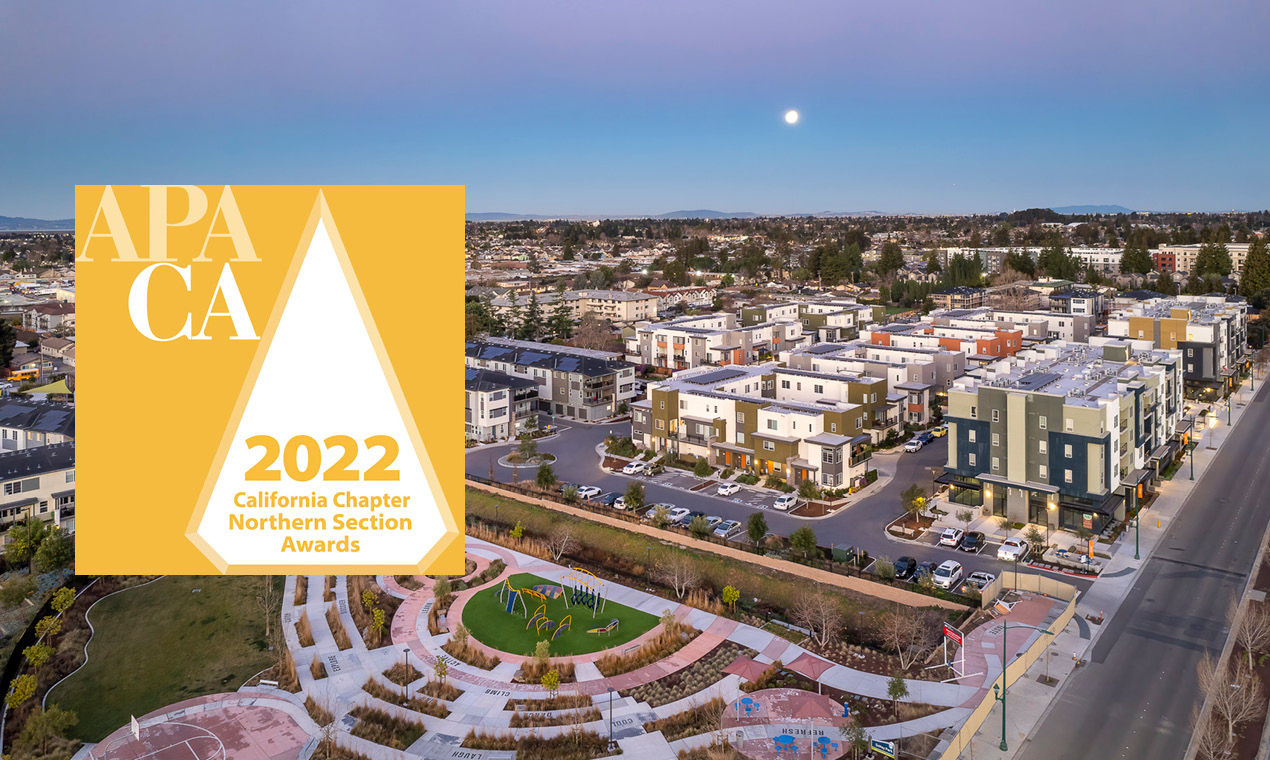 SoHay has been awarded an Award of Excellence for Implementation for the Northern California APA 2022 Chapter Awards. In addition to the regional recognition, the project advances onto the California APA 2022 State Awards competition. The Implementation category recognizes an effort that demonstrates a significant achievement for an area—a single community or a region—in accomplishing positive changes as a result of planning. This award emphasizes long-term, measurable results.

The project is comprised of approximately 25 acres of property owned by Caltrans, HARD, BART, ACFC, and the City of Hayward. Originally, the parcels were meant to become a new freeway, but became vacant and underutilized over several decades as the freeway ultimately never came to fruition. The project is part of the City's long-term vision of transforming the underutilized Caltrans parcels into vibrant and sustainable neighborhoods. It has served as a catalyst in South Hayward to help spur more development in the area, which has historically been overlooked by the development community, with several housing developments in the adjacent area currently under development including an affordable housing community next to the project, a senior housing community across the street, and a local bowling alley that is being converted to housing. 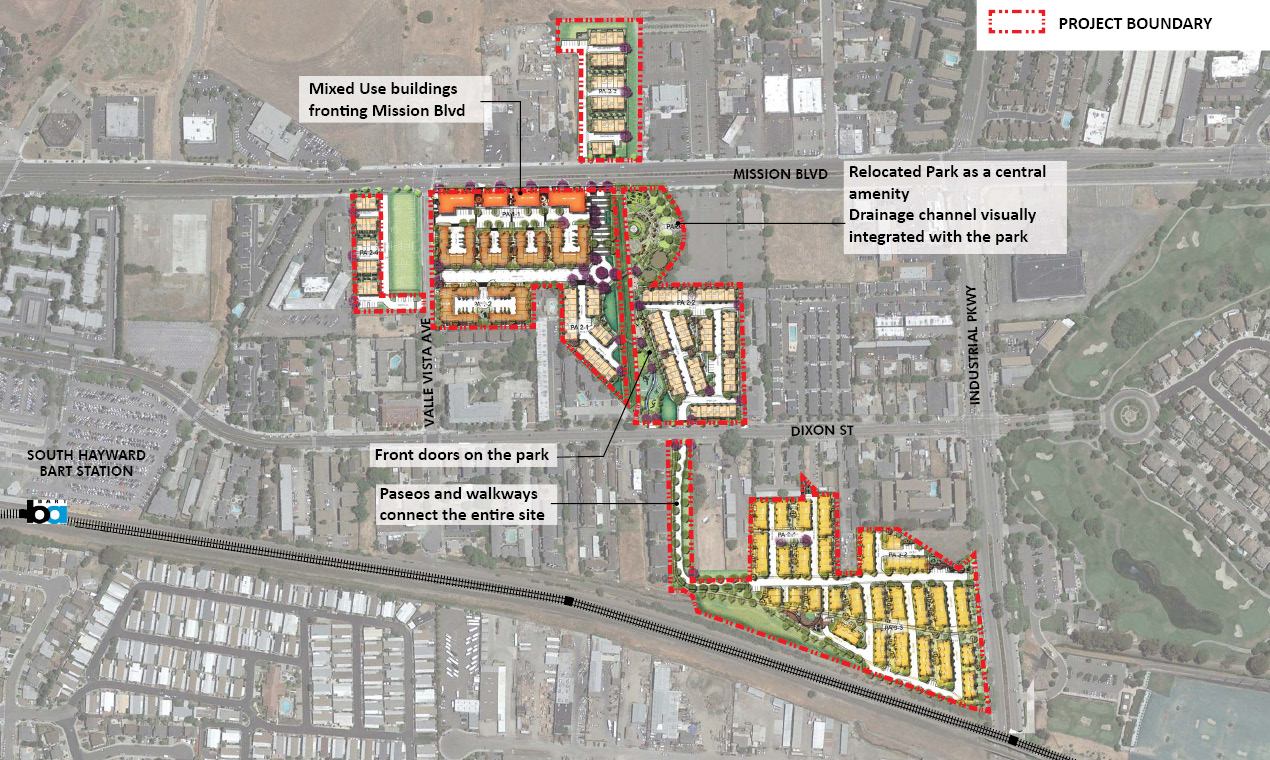 The new development framework was an innovative approach in creating a strong community connection from a patchwork of isolated and irregularly shaped vacant parcels surrounded by existing development. The proposed plan relocated the park to the middle of the project with defined pedestrian and bike connections to connect all the parcels. 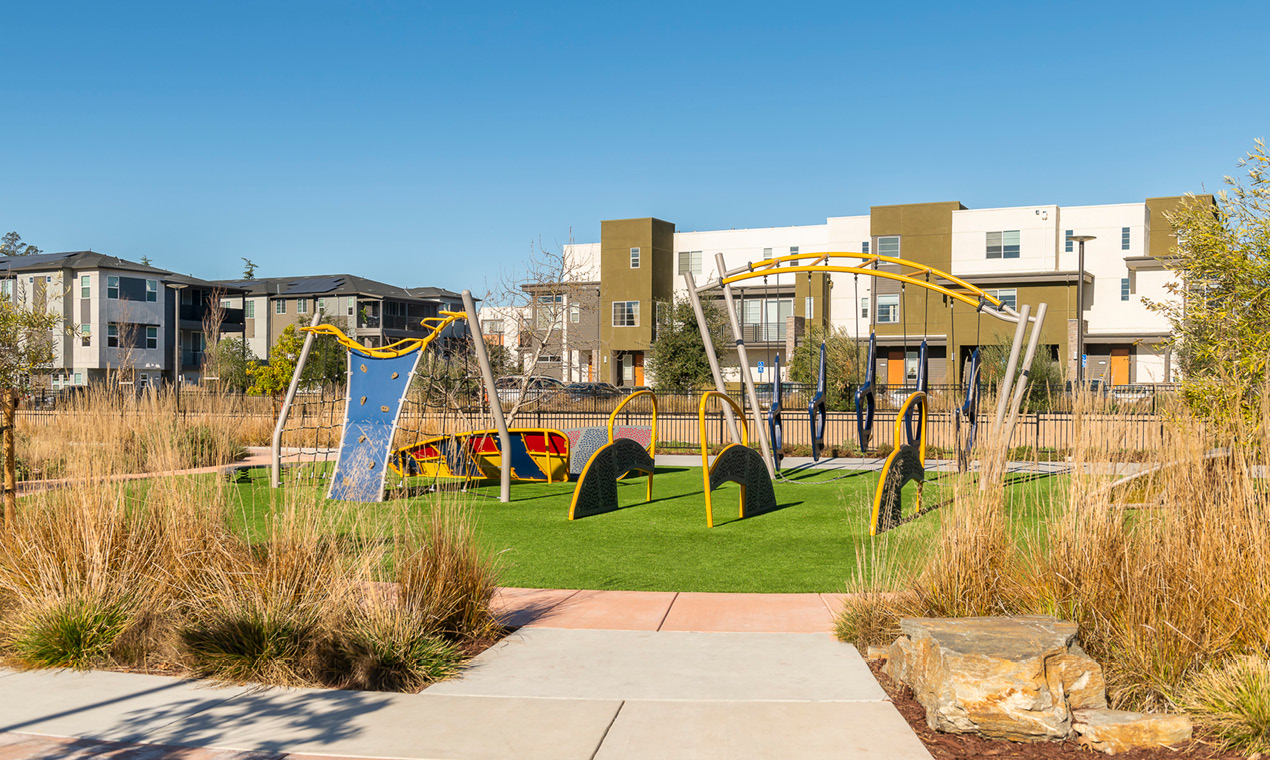 The project accommodates a variety of uses as follows: four-story mixed-use buildings fronting Mission Boulevard with cluster townhomes behind them and smaller townhomes along the interior of the site. Portions of the project are deed restricted and there are a wide variety of unit types to accommodate a population of varied incomes, age-groups, and abilities. The mixed-use, mixed-density plan also includes retail and apartments all of contemporary architectural styles. 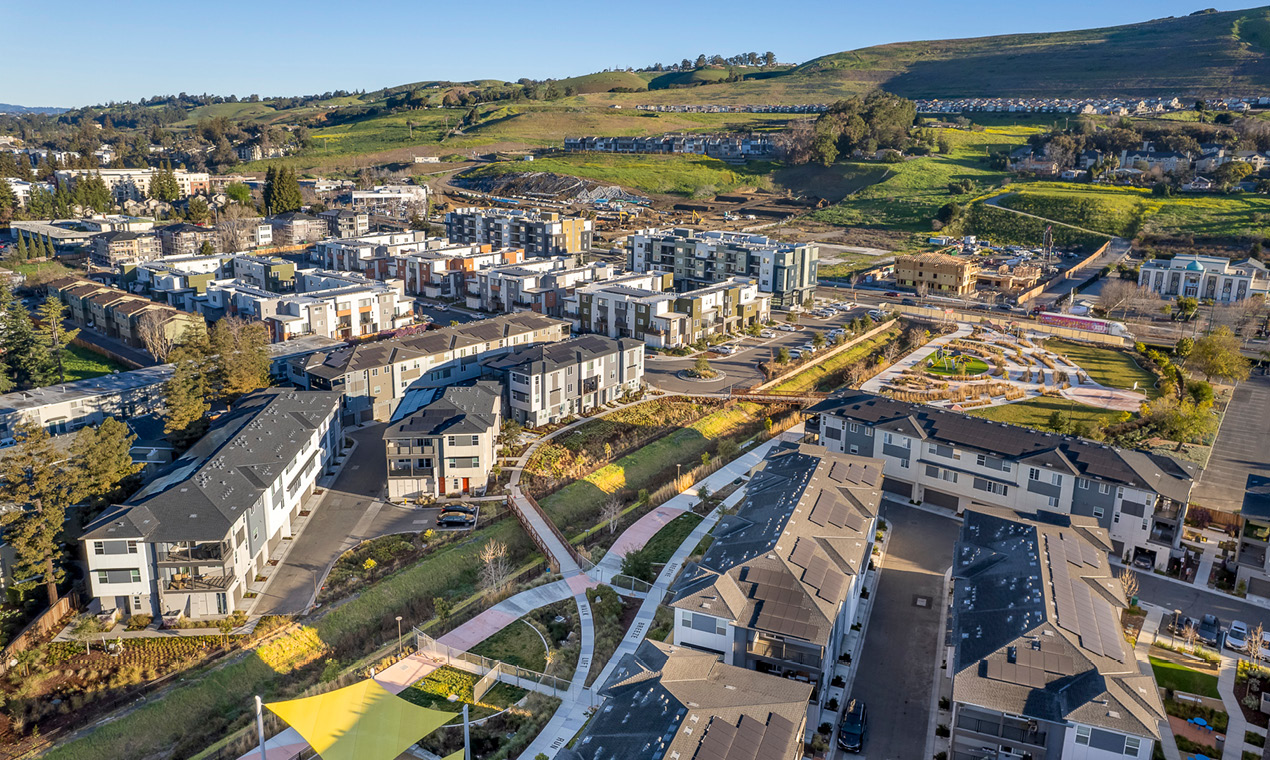 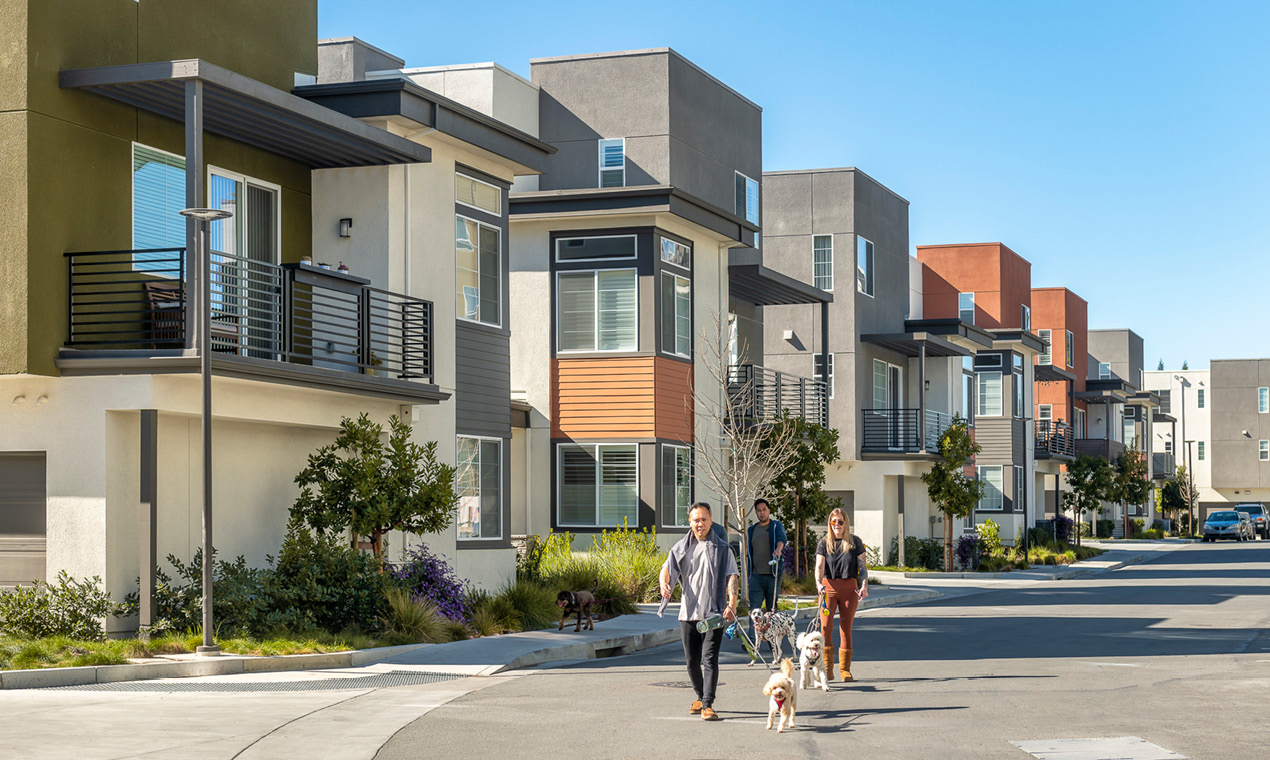 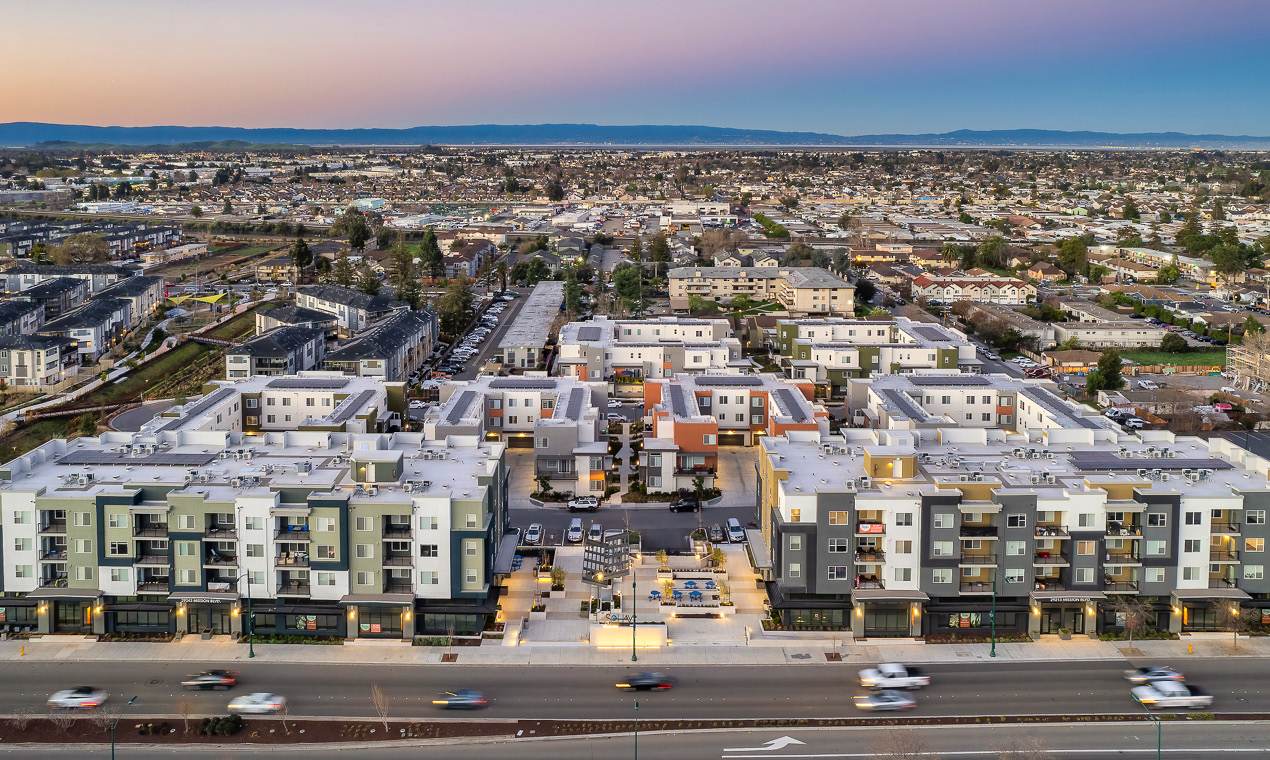 DAHLIN had the privilege of working with the City of Hayward on the planning as well as working with the builder (originally William Lyon Homes, now Taylor Morrison) to bring the plan to fruition, designing the homes themselves. This project is demonstrative of what sets us apart from other firms, continuing our legacy of community planning and design of what are now vibrant, thriving communities throughout California and Washington. A huge congratulations to our team and our clients, the City of Hayward and Taylor Morrison! 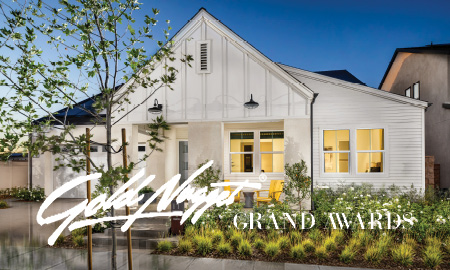 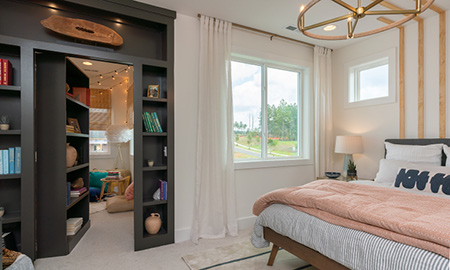 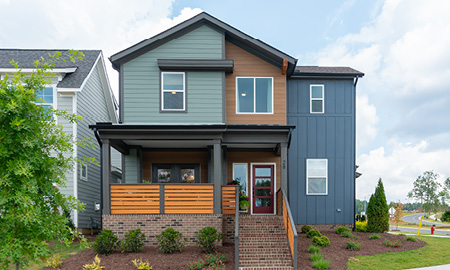 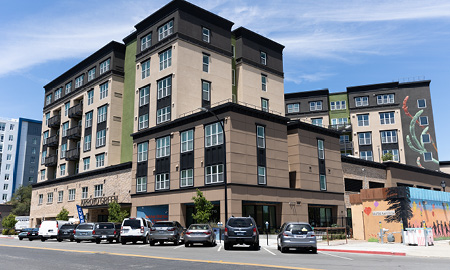 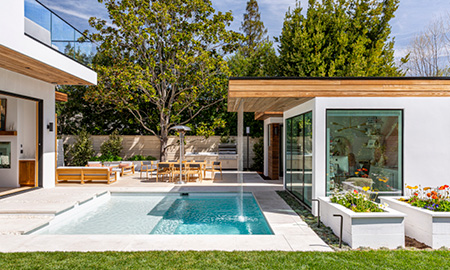 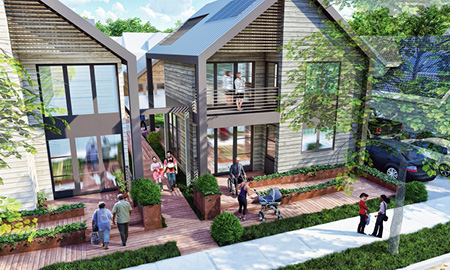